Marina Baixa is a comarca in the Valencian Community, Spain. It is bordered by the comarques of Comtat on the northwest, Marina Alta on the northeast, Alacantí and Alcoià on the west and the Mediterranean Sea on the east. 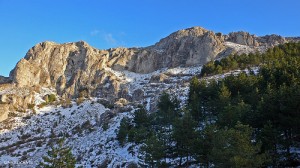