Exposure Novíssim @ s in the City of Alicante 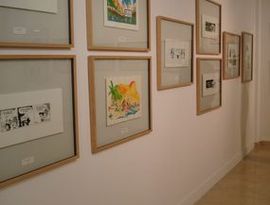 Every year, students of the workshop “The Art of Black and White”, her analog photographs in black and white made in the laboratory of our University Headquarters.

Exposure Joguets. A century of history in Alicante Toy House in Badin

The House Badin, will host  the presentation of this publication that delves into the origins and evolution of this object from the first dolls, of the late nineteenth century to the present sophistication, through the toys wartime.

Titled Joguets. A century of history Toy in Alicante , the publication discusses the various aspects of the manufacturing, production and processing which is specifically focused on three populations: Dénia and wooden toy, Ibi evolved from the product to the manufacture of tinplate all kinds of toys and Onil municipality that has historically been dedicated to making dolls.

The book also includes chapters on twelve aspects as its educational and entertainment value, the role AIJU-technological center of reference in the field of children’s products-as well as the history of advertising linked to this industry. The most emblematic companies that have operated in the province, as famous or Paya, a personal view of its history and the legacy left by past, present and future generations or a review by the Museu dels Joguets of Denia, the Valencian Museum Ibi Toy and Doll Museum Onil complete content offering publication.

The edition of this copy is complete with a presentation on antique toys from local museums Ibi, Onil and Dénia. The exhibition, which opens with the presentation of the magazine Canelobre, can be visited in the Bardín House to Feb. 23.

Painting Exhibition at the turn of the century MUBAG Alicante

The Valencian painting of the nineteenth century occupied a prominent position in the Spanish, art scene especially significant during the turn of the century, although its importance continued well into the twentieth century. How could it be otherwise, the Museum of Fine Arts in Valencia maintains an extensive collection of paintings of that period, known to many as the “Silver Age of Valencian art.”

This exhibition aims to extend some of these funds, recently reorganized its exposure to the public, the rest of Valencia, also in this case establishing a dialogue with the MUBAG permanent, dedicated to the nineteenth century.

For this, the exhibition includes a selection of paintings by such masters as Joaquin Agrasot, Muñoz DEGRAIN, Francisco Domingo, Ignacio Pinney, Emilio Sala, and Joaquin Sorolla’s Benlliure, among others. 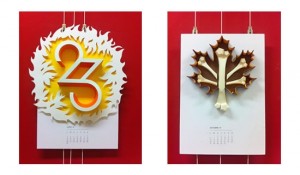 for opening the first exhibition of the year, with the work done since the subject of Graphic Design 3: Packaging. In it, they have made a creative schedule in 3D, based on concepts such as key dates, weather or habits and customs of each month.

The series of exhibitions “last Art. 21 days” that develops in the municipal hall of the Fish focuses on the recent work of Maria Dolores Mullah.

The exhibition shows works on canvas and cotton thread, plus installations, video and pictures.  Exposure titled The Nothing, which means something like a full stop to start again with more verve, according to the author.

The exhibition will last until February 2

epresented by photographs, with a condensed visual language, where a light and heat that suffocates us to see reflected.

Cheo speaks through your photos. While observing, we need a little stroll under the blinding light and searing heat, that your pictures because we explain to perfection. There is little more to tell.

Exhibition Between heaven and earth. Landscapes in the MUA collection

The Museum of the University of Alicante has among its main objectives to study and disseminate the art funds that account. That is why since 2005 have conducted more than a dozen exhibitions in which the collection is reinterpreted from technical teaching thematic criteria, materials. 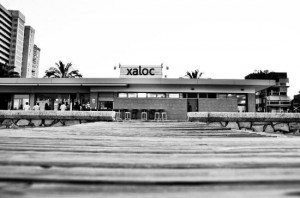 Exhibition proposal for 2014 have been selected twenty works, taking as reference the landscape and emphasizing, the diversity of languages with which they have approached the artists in the collection of the nature and the city.

They are works ranging from classic landscape, abstraction and formal research more determined, in the most vibrant and light industrial and decaying cityscape nature of the representation of the stars and the cosmos to the tracks atmospheric phenomena, leave at ground level, the conceptual translation of the city’s self-portrait to landscape as emotions and feelings. A compendium of worldviews where creators share their gaze with the viewer through the painting, printmaking, collage, photography or video.